Could you get a job at Google? Try answering some of their toughest interview questions!

Getting a job at Google has been notoriously difficult. In fact, some of their questions have been so difficult that even executive chairman Eric Schmidt of parent company Alphabet admitted he couldn’t work one of them out.

He revealed that he’d be stumped by a brain teaser about a pirate and a chest of gold.

The question read: “You’re the captain of a pirate ship and you find a chest of gold.

“Your crew gets to vote on how the gold is divided up.

“If fewer than half of the pirates agree with you, you die.

“How do you recommend apportioning the gold in such a way that you get a good share of the booty but still survive?”

Speaking to Quartz, Schmidt said: “I propose, that we give 49 per cent of the pirates stock in internet companies, and 51 per cent get the gold.”

The right answer is to actually share 51 per cent of the treasure.

Could you successfully answer some of Google’s toughest interview questions?

Have a go at trying to answer some of them below…

1. How many piano tuners are there in the entire world?

2. How many golf balls can fit into a school bus?

3. How many times a day do the hands of a clock overlap?

4. You are shrunk to the height of a nickel and your mass is proportionally reduced so as to maintain your original density. You are then thrown into an empty glass blender. The blades will start moving in 60 seconds. What do you do?

5. You have to get from point A to point B. You don’t know if you can get there. What would you do?

6. Imagine you have a closet full of shirts. It’s very hard to find a shirt. So what can you do to organise your shirts for easy retrieval?

7. Explain the significance of ‘dead beef’.

8. How much should you charge to wash all the windows in Seattle?

9. If you look at clock and the time is 3:15, what is the angle between the hour and the minute hands?

10. A man pushed his car to a hotel and lost his fortune. What happened?

1. This riddle is known as a Fermi problem, named after the physicist Enrico Fermi.

The puzzle is solved by multiplying a series of estimates, including how many households have a piano and how many times they need tuning, to get to the right answer.

4. There are a number of possible answers but some solutions including lying down until the blades stop, or even climbing onto the blades before they start.

5. Again there are numerous possible answer but candidates must determine what points A and B are.

6. There is no one answer to this, but the question was aimed at a software engineers so a coding-based answer would be appropriate.

7. This term refers to a specific code used in debugging computer systems.

8. Another Fermi problem, the candidate would have to take a guess at the number of windows in the city before multiplying that number by various other factors.

10. The question actually relates to a game of Monopoly.

Google apparently no longer uses the questions for its recruitment process after it decided the brain teasers didn’t really test whether a candidate was capable of doing the job or not.

Laszlo Bock, senior vice president of people operations at Google said to the New York Times: “They don’t predict anything. They serve primarily to make the interviewer feel smart.” 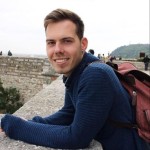