Top TV Series You Should Watch On Amazon Prime!

Amazon Prime is about to air a brand new Top Gear style show with Jeremy Clarkson, Richard Hammond and James May, called The Grand Tour, which is set to be just as explosive. There are plenty of other series on offer too.

Prime Video gives members unlimited streaming of movies and TV episodes, and there are unbelievable amounts to choose from!

Here we list some of the best series that you should try if you haven’t done already!

Jeremy Clarkson, Richard Hammond and James May are back with The Grand Tour, and it’s already being described as even better than their efforts with Top Gear!

The show about adventure, excitement and friendship, even if they’re friends you find extremely annoying is set to be explosive! Follow them on their global adventures they head to the deserts of California!

What are you waiting for!?

Based on Michael Connelly’s best-selling book series, Bosch who is an LAPD homicide detective, works to solve the murder of a 13-year-old boy while he stands on trial for the murder of a serial killer.

Follow the remarkable story of Claire Randall, a married combat nurse from 1945. She is mysteriously swept back in time to 1743, where she is thrown into an unknown world. Her life is immediately threatened. When she meets Jamie Fraser, she becomes torn between two men, from two separate lives.

The Man in the High Castle

Another successful Amazon Originals Series, The Man in the High Castle explores what it would be like if the Allied Powers had lost WWII, and Japan and Germany ruled the United States.

Starring Dominic Cooper, Preacher is a supernatural, twisted and darkly comedic drama. It follows a West Texas preacher named Jesse Custer, who is inhabited by a mysterious entity that causes him to develop a highly unusual power.

Lucifer was the Lord of Hell, but has resigned his throne and retired to the City of Angels. Here he teams up with an LAPD detective to help solve crimes.

Mr Grey himself, Jamie Dornan plays a charming but chilling serial killer in The Fall. This Irish drama amps up the tension throughout as you know who the killer is from the first episode. It’s well worth giving this a go.

The complex and violent world of the Norsemen sees the gripping sagas of historical hero Ragnar Lothbrok documented. As a direct descendant of Odin, god of war and warriors, his devotion to the gods feed his determination to become King of the Vikings. Watch four seasons worth on Amazon Prime.

When a group of underachieving 40-something friends gather in Belize to celebrate the early retirement of an old friend, a series of wild and comedic events unfold, exposing a dark web of secrets, lies, deception and murder.

A psychological drama about a morally-corrupt judge who suffers a breakdown. He believes God is compelling him onto a path of vigilante justice.

Amazon won the Best TV Show prize in 2014 for this show. This heartwarming series focuses on transgenderism, a subject that doesn’t get enough coverage. Jeffrey Tambor’s portrayal of Maura Pfefferman is incredible and he is favourite to win an Emmy this year.

With creators of the show constantly leaving, it’s incredibly impressive that season after season the show has consistently managed to improve. This drama filled series has become one of the most successful ever. An American horror drama sees the sheriff’s deputy awaken from a coma only to find an apocalyptic world overrun by zombies.

After leaving prison, Marius takes cover from his past by assuming the identity of his cellmate, Pete. He moves in with Pete’s long-estranged, unsuspecting family and is roped into the family’s bail bond business. He’s a criminal taking down other criminals and he discovers the family life he’s never had.

The drama, which was created by Bryan Cranston and David Shore, was originally produced as a pilot for CBS. Amazon successfully landed the drama and are eager for its release later this year. You may have to wait for the full season of Sneaky Pete, but for now enjoy the 1st episode.

A coming-of-age comedy set in the 80s, this show is about a college student enjoying a last hurrah before summer ends and the future begins.

The show features Welsh actor Craig Roberts. The former Tracy Beaker star has also featured in 22 Jump Street and The Fundamentals of Caring, alongside Selena Gomez and Paul Rudd.

Amazon Prime also offers incredible top rated movies to suit every mood. From action and adventure, to comedy and horror.

Legend, The LEGO Movie, Divergent and The Conjuring.

Prime photos – Unlimited storage in the Amazon Cloud Drive, for a secure backup for all your family memories and holiday snaps.

Books – The Kindle Owners’ Lending Library allows members to borrow one book per month at no additional cost. It also offers early access to download a new book each month too from Kindle’s main picks!

Amazon Prime offers some incredible deals, and will it’s large selection of films and TV series to watch, there’s something to suit everybody! You’ll be hooked! 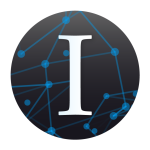